What a weekend! Despite living in and riding in all these fancy Alpine locations, riding in Ireland is still hard to beat but it can be hard to convince anyone who hasn’t been there that a country with such little mountains can be so great for biking. No more convincing will be needed after the Emerald Enduro. 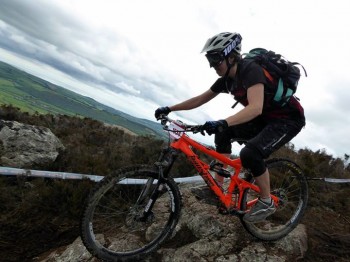 Firstly the trails were awesome. Carrick offered so much variety within the 7 stages, there were dusty sections where you could have been in Spain, steep gnarly rocky sections to challenge the best of riders, some good auld Irish schlomp, loamy corners, xc pedalling, pumptrack style whoops, jumps, dh tracks, everything was there. There was enough of a challenge there but above all the kind of riding that brings a smile to your face at the end of each stage. The effort and passion put into building the trails was evident and is what made all the difference.

Come race day the crowds  took the experience to another level. It was insane, I’ve never experienced anything like it! How ever many thousand people were out on the, the noise levels and rowdyness had the effect of doubling the numbers. The atmosphere was electric, the feeling of burning legs, screaming lungs or an apprehensive brain were all numbed by the cheers and encouragement (Huge thanks to anyone shouting my name, tunnel vision mean I probably didn’t recognise you but it still helped!). To see mountain biking becoming more mainstream in Ireland is amazing, to show the trails and the passion to all the foreigners and to see them all so shocked and impressed was even better and Greg crossing the line to take the win and the explosive atmosphere that followed was the icing on the cake.

Huge congratulations to all the organisers for pulling off bringing such a big event to Ireland and doing such an amazing job of it. Fingers crossed it’ll be back next year! 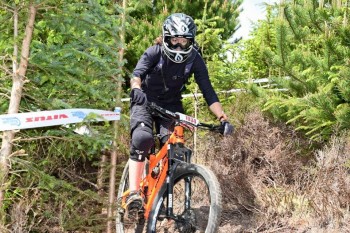 My race went ok, I rode everything fairly well, pushed hard when I could, coped with the distance fine, had no major issues or crashes. Overall though too steady and safe, the level in the EWS is too high for riding averagely, more risks need to be taken and limits have to be pushed. Lesson learnt, time to get more wild on the bike! 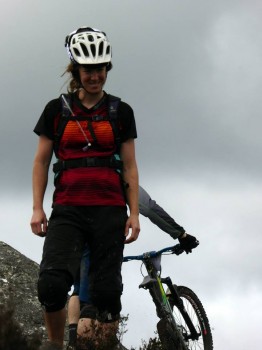 In the few days after I enjoyed some great riding in the Dublin mountains with friends, a lovely freezing cold sea swim, plenty of recovery pints of Guinness, lots of coffee. Any jobs going for architects in Dublin yet…?!